At the core of Aserto’s authorization model is an authorization policy, which we refer to simply as a Policy. Policies are authored in a textual language called Rego, defined as part of the Open Policy Agent (OPA) project in the Cloud Native Computing Foundation. Policies are treated just like application code or infrastructure-as-code - they are stored and versioned in a git repository.

Policies are authored using a text / code editor, built into an image, published to a repository hosted on a registry, run in an Authorizer, and consumed by an application. 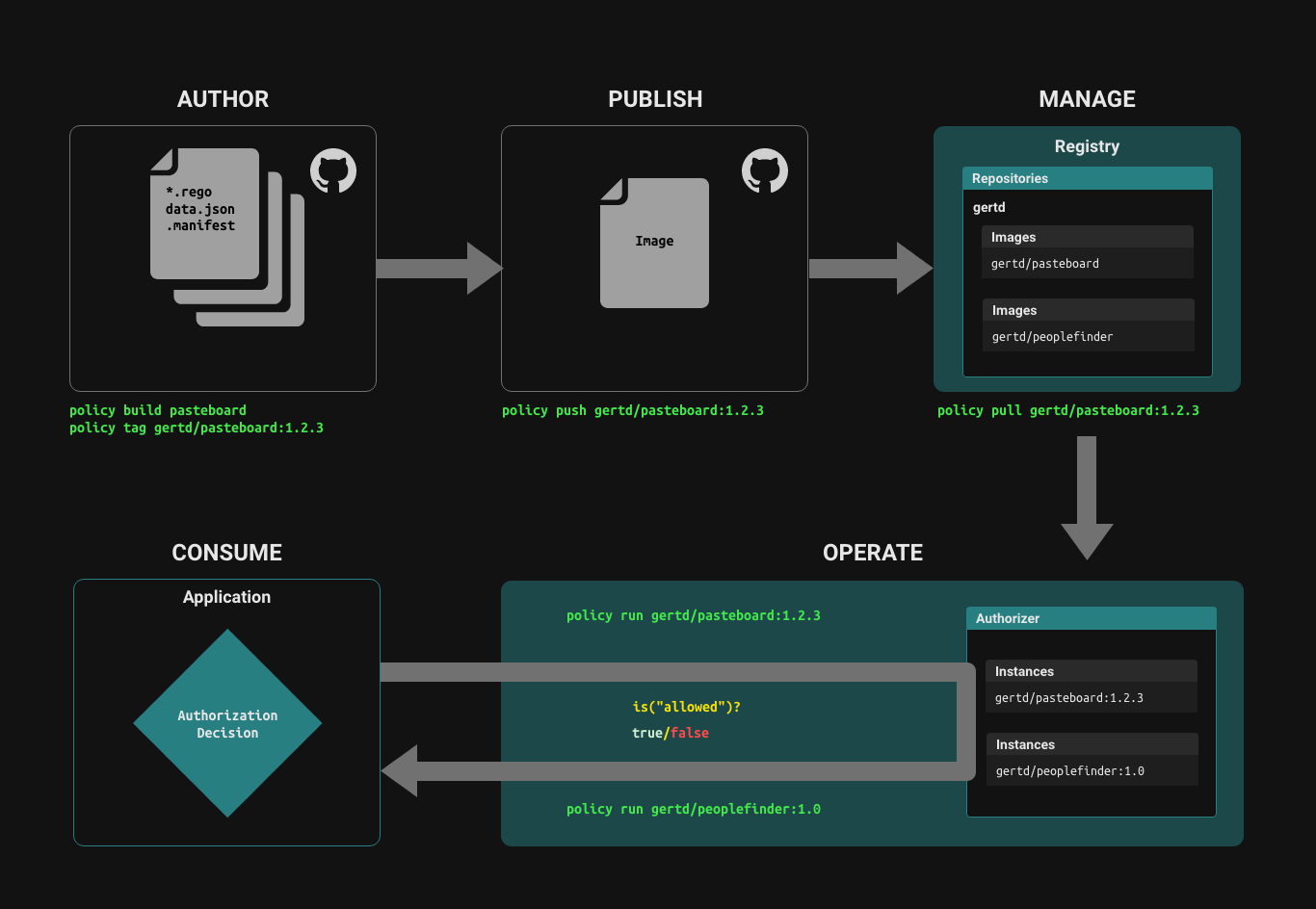 Policies are comprised of a collection of .rego files and .json files, which provide static data that can be part of the policy.

The set of source files that comprise a policy are built into a Policy Image using a set of tools that are modeled after the docker toolset. You can build and tag a policy just like you build and tag a docker image.

Currently, the Aserto control plane wires up directly to a git repository that contains policy files, and does not expose the policy image directly. A GitHub build action automatically builds a new version of a policy image when the source repository is tagged with a new tag:

Aserto can set up a secret for you when you create a new policy. You can also setup this secret yourself, using information from the Policy Settings tab in the Aserto Console. The secret is a JSON object that looks like this:

You can run a policy image, which loads it into an Authorizer instance.

An application that wants to authorize a user's access to a resource based on the policy can call the Authorizer, passing it the policy, decision(s), user context, and resource context, and the Authorizer will evaluate the policy with the provided inputs and returns the boolean value(s) of the requested decision(s), allowing the application to definitively check whether the user has access to the resource based on the given policy.

The authz.is API is the underlying mechanism for an application to call the Authorizer to make a decision. The language SDKs provide higher-level abstractions for interacting with the authorizer.